If you think the GoPro HERO4 Black and Silver edition cameras are already pretty small, then you'll be amaze at how small the GoPro HERO4 Session is. At less than 100 grams (78 grams to be exact) and standing at only 4cm tall, its weighs probably as much as your car keys.

While the GoPro is previously synonymous for having low battery life, the Session really kills it with a 30-40% increase in battery life compared to other HERO4 models. That means if you use to clock 1 hour ++ on your HERO4 Silver/Black, you'll be clocking approximately 2 Hours on the Session, that's heaps!

Evolution in Size - The GoPro HERO4 Session is the smallest in the GoPro Series !

While it may not pack as much punch as the HERO4 Black and Silver edition action cameras in terms of specifications, the GoPro Session can still achieve full HD at 60fps, and like all HERO4 camera, comes with protune so professional videographers can still get lots of flexibility during post production.

If you're particular about the sound quality, The Session is boasted to have the best audio quality out of the HERO4 cameras as it comes with a front and back microphone. The two microphones are dynamically switched between one another for reduced wind noise, great for those who use action cameras for both land and water shots.

The best part of the GoPro Session for us, is its waterproof and super rugged built - The session is built to last, with no need for any waterproof casing like previous GoPro models. It also comes with bluetooth and Wifi capabilities for connectivity via app, perfect for the selfie fanatic in most of us!

Now on to the negatives. The deal breaker for most would probably be the lack of 4k and 2.7k resolution video recording, not to mention the HERO4 Session comes with a non detachable battery, and doesn't come with a built in live preview like the Silver does. Also, it only takes photos at 8 megapixels instead of 12 megapixels on HERO4 black and silver models. Lastly, it doesn't come cheap. Set to be priced similar to the GoPro HERO4 Silver, we're guessing the session will really divide us GoPro fans - fans who prefer a rugged, throw in your bag kind of action camera with ample battery life VS those who prefer higher quality footages at the expense of size and ruggedness.

Stay tuned for more detailed specs analysis and live footage comparison. Follow us on our Facebook Page to keep  up to date! 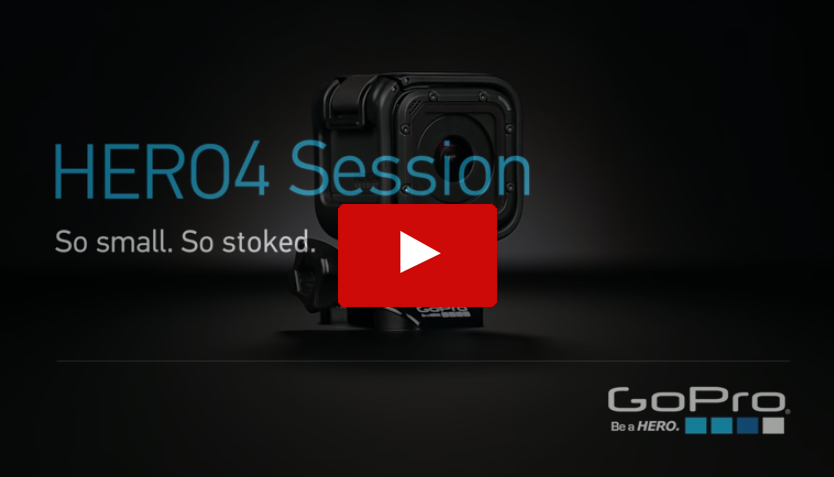