It’s been a year since GoPro launched their Hero 3+ action cameras, and many are wondering what could be next. While the latest GoPro Hero 3+ camera had been dominating the action camera market industry, the GoPro Hero 4 is preparing to take over the reins of the Hero 3+ and become the new King of the action sports camera industry. For all the GoPro lovers out there, brace yourself as we are about to rock your world with speculations on the latest GoPro Hero 4. 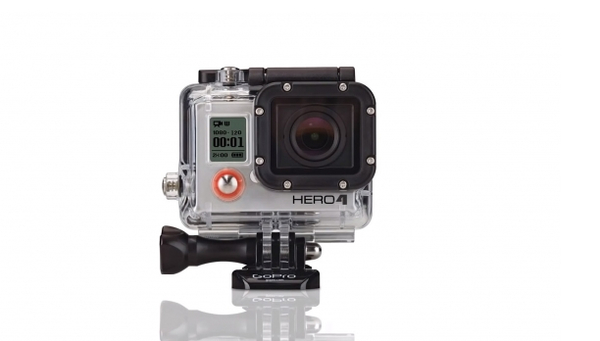 The most notable feature on the new GoPro Hero 4 is its brand new, shiny Ambarella A9 chip, allowing the Hero 4 to be capable of shooting 4k screen resolution at maximum 30fps (frames per second) and 1080p at 120fps. This is a huge upgrade to the Hero 3+, which can only achieve 4k resolution at 15fps and 1080p at 60fps. This new upgrade will put the Hero 4 on par with some of the top of the line professional cameras, without the hefty price tag! 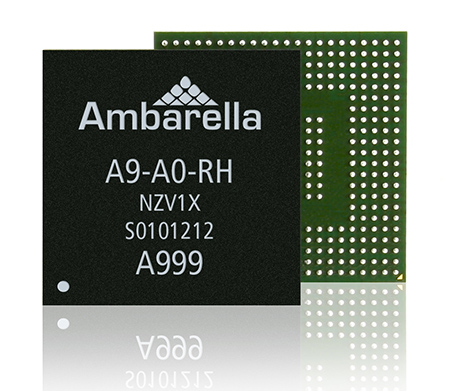 Both the GoPro Hero 4 and Hero 3+ comes with built-in Wi-fi but since the GoPro Hero 4 has an A9 chip, it has a stronger WiFi connectivity system as compared to the GoPro Hero 3+ which only posseses an A7 chip. Both cameras are also able to shoot in different megapixel setting such as 12MP (wide), 7MP (wide), and 5MP (medium); however, the difference is that GoPro Hero 4 can shoot in an even lower resolution, which results in faster video capturing which is ideal for extreme sports.

Last but not least, we come to address the most talked about issue of the GoPro, its battery life. the GoPro Hero 4 is rumoured to have 3 times the battery life span of the GoPro Hero 3+. That’s at least 3 hours of full HD video recording compared to the Hero 3+ which usually only lasts for about 60-90 minutes on 1080p. The Hero 4 will also weigh at least 30% lighter than its counterpart.

The GoPro Hero 4 is speculated to cost slightly more at RM 1699 and is available in 3 editions: White, black and silver.

Stay tuned with us on our Facebook Page for more exciting updates on the GoPro Hero 4! For more information, do give us a call at 1700-815-615 (Malaysian Local Line) or email us at support@cameralah.com 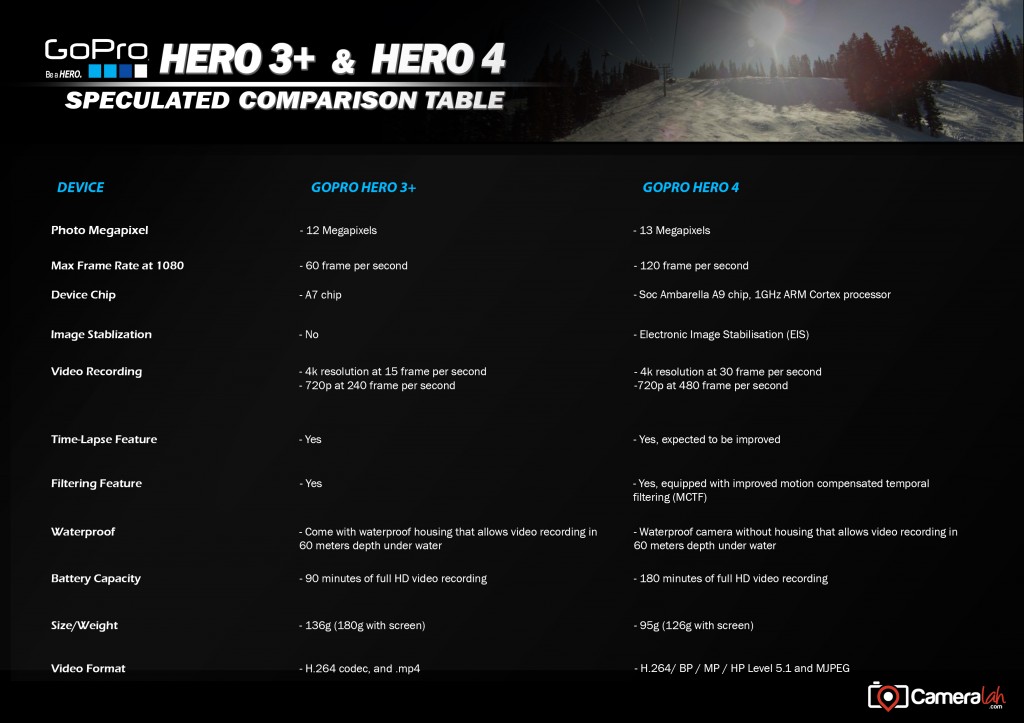