The new GoPro HERO4 camera consists of 3 models, all seemingly quite different to its predecessor. It use to be that the only difference between a black and silver (HERO3+ and below editions) is that one has a remote device, and the other one simply doesn't. However, GoPro has redefined the specs of both the black and silver in its HERO4 range, and even introduced a basic alternative, so now consumers are spoilt for choice!

Now for the golden question, which model should you be going for? 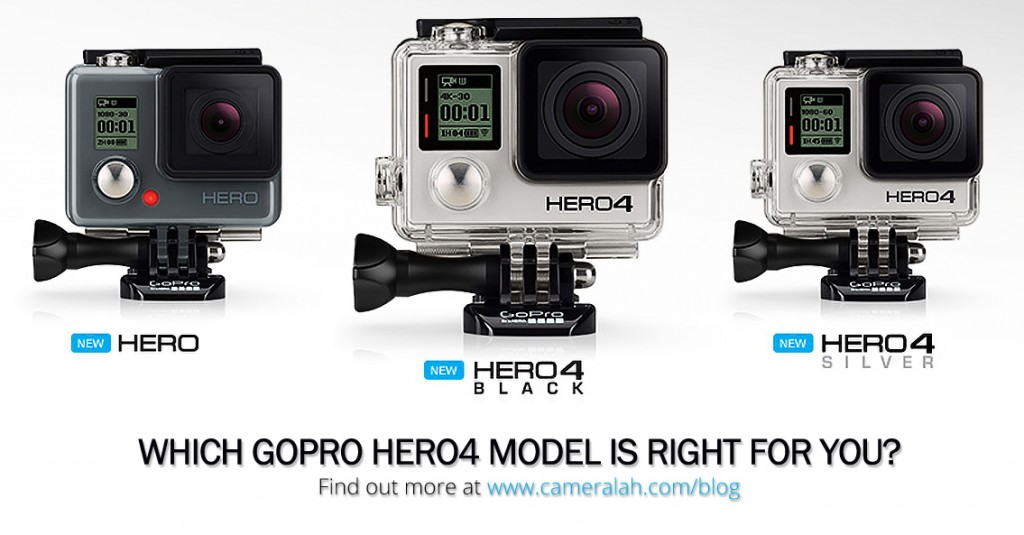 1) GoPro HERO - Entry Level
If you're just dipping your toes into the GoPro phenomenon, and not really needing the best quality footages, then go ahead and get the basic version of the GoPro. It performs well, still shoots in full HD, and is better, if not comparable to many of the popular rip offs available in the market, such as the famed SJ4000. A downside is that it is not equipped with any WiFi ability, so you wouldn't be able to take selfies via your smartphone.

2) GoPro HERO - Silver Edition
This edition is most similar to the GoPro HERO3+ Black Edition. It shoots 2.7k at 30fps, 1080p at 60fps and 720p at 120fps. it also adds Bluetooth to the Wi-fi capability, improved audio system, night photo/night lapse and much better user interface. Most importantly, the HERO4 Silver edition comes with a really really nice, built-in touchscreen which would cost you about USD120 (RM400) on the HERO3+.

3) GoPro HERO - Black Edition
This Edition is going to eat a bigger hole in your pocket as it is set to be about 20% more expensive than the previous HERO3+ Black Edition. However this price increase is justified since the HERO4 Black Edition has a significantly bigger upgrade to the HERO3+ Black, namely its ability to shoot 4K videos at 30 frames per second. Sure, the HERO3+ could manage 4K at 15fps, but that wasn't useful for, well, much of anything really. 30fps is the industry standard, and as such, your action cam can now shoot footage that will look awesome should you happen to own a 4K TV or monitor. You can check out GoPro's new impressive promo video which was shot in 4K, then you can decide for yourself whether it is worth the upgrade (We certainly think so)

NOTE: None of the GoPro HERO4 comes with a Wifi remote, this has now become an optional accessory 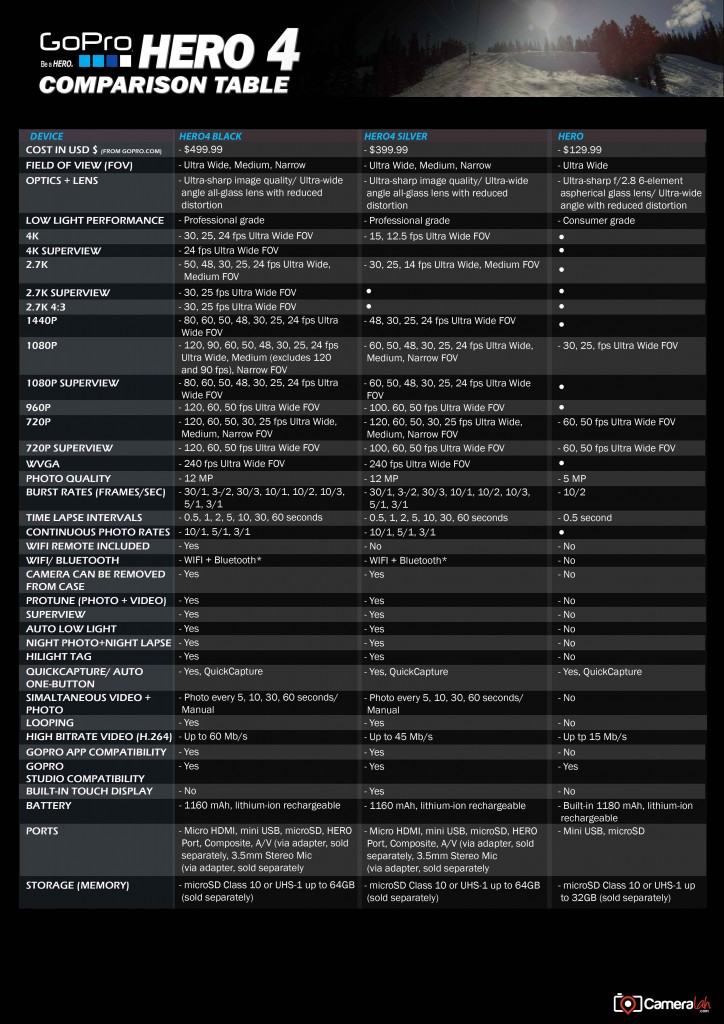