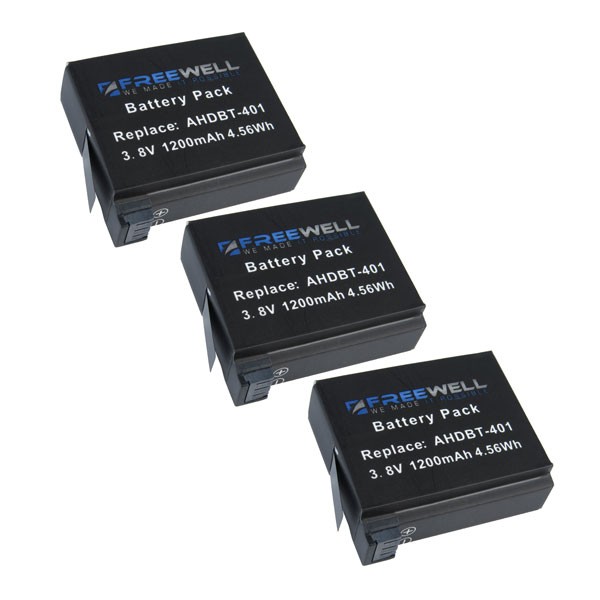 Given the fact that there are quite a few great performing third party HERO4 batteries out in the market, it takes a fair bit to impress our team at Cameralah, but we must say, the Freewell thoroughly impressed us! The New Freewell GoPro HERO4 Batteries seems to outperform even the GoPro original batteries themselves, and is a much cheaper buy than most of the third party batteries kits available. 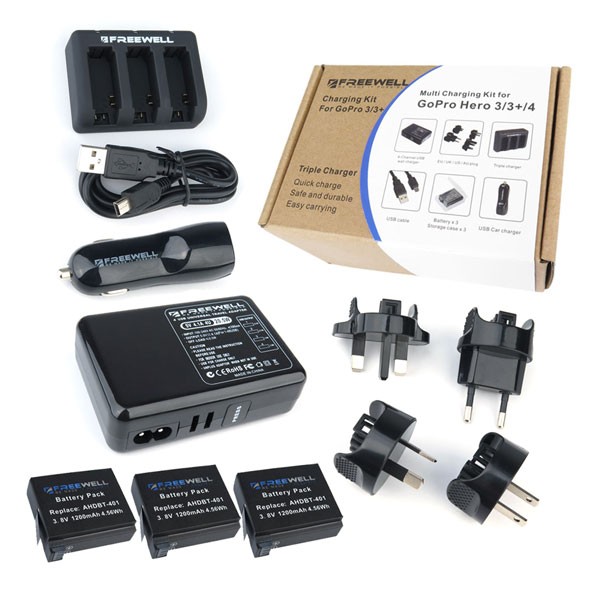 Freewell's HERO4 batteries come in a set that includes; 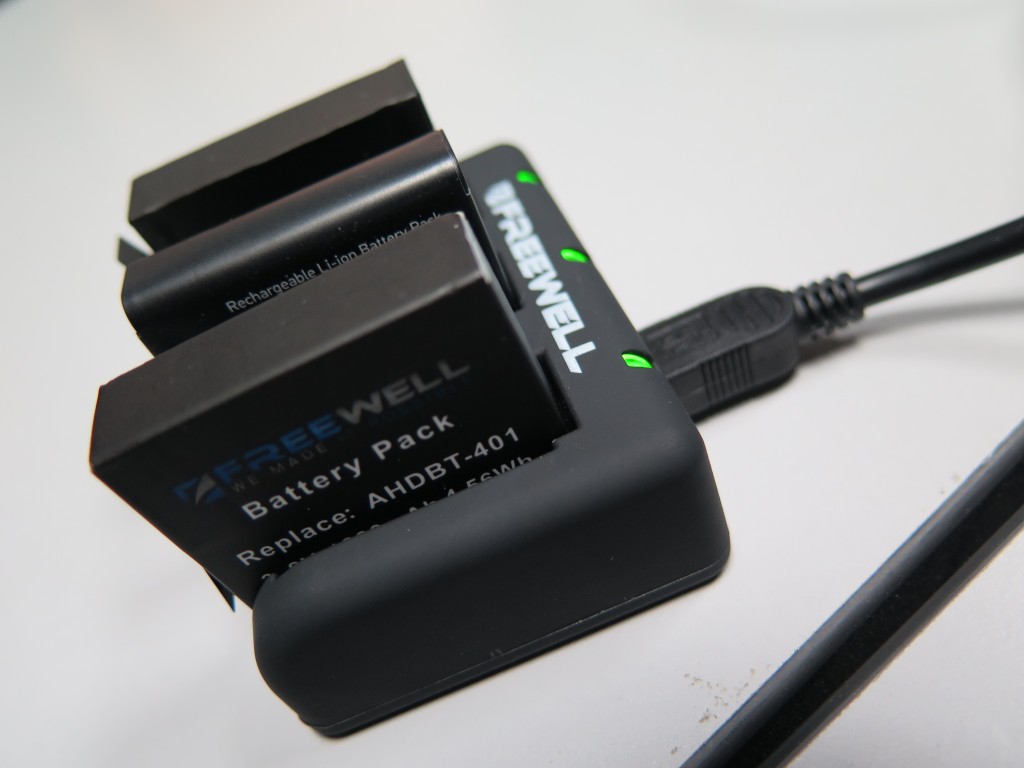 The USB wall adapter has a translucent panel over the USB slots with LEDs that light up when you plug in a cable which is a nifty feature to let you know when a device is properly connected. Each of the 4 worldwide plugs it comes with snap into a pair of small locking slots and release by a flush button on the side of the adapter. The two top USB slots are rated for 2.1A output and the bottom slot at 1A.Yes you heard that right; the cleverly designed Triple slot charger has a pin arrangement that allows it to charge legacy HERO3 and 3+ batteries for those who may still be getting use out of their older GoPro cameras. Each of the LED indicators on the charger work independently of each other, lighting up red while a battery is charging and green when fully charged. Freewell advertises getting to a full charge under 2 hours, which we found to be accurate.

The charger interfaces with the 4-Port USB wall adapter using a MiniUSB cable, the same type that comes with your HERO4 camera, meaning on trips you only need to bring one cable with you or for redundancy have a spare cable in case one gets damaged or goes missing.

Finally, the kit comes with a USB car charger with a 2.1A output slot and a 1A slot.

When we brought these batteries in we were interested in testing them to see how they stacked up against original GoPro batteries in terms of runtime. Our test protocol used new, never before used battery samples in identical camera models with identical firmware versions and settings as follows;

These settings are what we have found to be the longest lasting for video performance with the exception that we allowed the backfacing LCDs to stay on as we think many users would in typical use.

We made a video of the last of these tests which you can check out below.

Our test results were pretty consistent, with both the GoPro and Freewell batteries giving nearly identical performance, neither consistently outperforming the other by a significant margin in 3 tests. We always used new batteries in each test, as draining out lithium polymer batteries to zero has a destructive impact on the lifespan and charge retention of the battery. In other words; don't try this at home if you want to get the most out of your batteries!

Freewell tells us that these batteries are constructed of Li-ion cells sourced from Japan, which gives the performance we have grown to expect of both GoPro and Wasabi Power branded Batteries. They also back up their batteries with a 3-Year Warranty.

So we've established that the Freewell batteries are at least as good as those made by GoPro and that you get quite a lot in the box. So it bears worth mentioning that all of this comes in at a low price of RM150.

To put that value in perspective we need to take a look a the closest competitors; 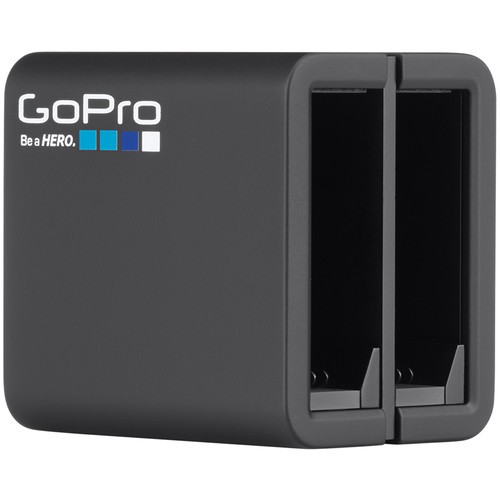 GoPro's own Dual Battery Charger for the HERO4 retails for RM 239. It is a two slot design that comes with a USB cable and a spare battery. It's strong point is that the charger's design fully encapsulates the battery, offering it some protection if you want to charge it on the move in a bag with a power bank. 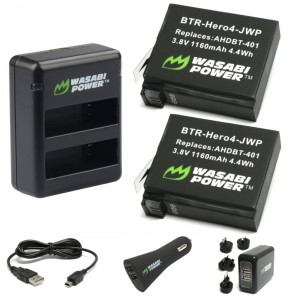 Available for RM148, the excellent Wasabi power Dual Battery kit with worldwide plugs comes close to matching the value of the Freewell. It comes with two batteries, a dual slot charger, a car charger, USB cable and a USB outlet with 4 worldwide plugs. Wasabi Power also backs all their products up with a 3-Year Warranty. Wasabi has been a major player in the camera battery market for a while now, and has long been the go to for many a lens-head for reliable battery deals. 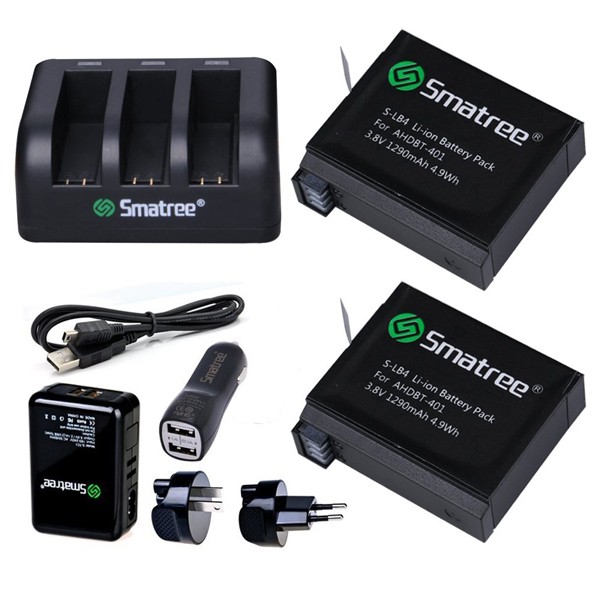 Smatree remains a big name in the 3rd party accessories market for GoPro accessories and they consistently up their game when it comes to competing. Their HERO4 Ultra Power Kit comes with 2 batteries, a triple slot charger, a cigarette plug charger, USB cable and a 2 slot USB outlet including 2 wall socket adapters for Europe and a US type plug. The defining feature of the Smatree batteries is that they have the highest capacity of any of the HERO4 batteries at 1290mAh. Smatree too backs their product with a 3-Year warranty now and is available for RM119.

You can also check out our test footage of those batteries below.

For a one stop, all-in-one package at a great price, the Freewell Triple battery set is hard to beat.